Pearland has long been known for its strong base of manufacturing companies. Houston is one of the most important industrial bases in the world with global access to markets due to its central location within the U.S. and the Americas. There are more than 6,400 manufacturers in the region producing more than $80 billion of products annually. The skilled workforce in this sector includes more than 230,000 industrial workers in specialties such as fabricated metal, machinery and chemical manufacturing. Emerging and growing industries like medical devices, therapeutics, and food and beverage have taken root in the region as well.

Benefits for manufacturers in Pearland include:

Strategic Location:  Pearland addresses some of the most important factors in any manufacturing operation, including cost of operation, logistics and access to markets.

Incentives:  Complementing the city’s many business and community amenities is the PEDC, which offers aggressive business recruitment incentives.

Swiss pharmaceutical and biotech company, Lonza Houston, Inc., debuted a 300,000 square-foot life science facility in Pearland, currently the largest dedicated cell and gene therapy manufacturing facility in the world. The company sought a location for this “Center of Excellence” that would provide a diverse workforce and convenience to its first Houston location in the Texas Medical Center area, while maintaining a presence on the “third coast” of biotech. While the initial facility was under construction in 2016, Pearland competed with other locations nationwide and was ultimately selected as the location for a 200,000 square-foot expansion to allow the production of commercial quantities of viral gene and cell therapies. Since the facility’s opening in 2018, Lonza has continued to expand its facility, investing in additional laboratories, clean rooms and parking for the Pearland facility.

Tool-Flo Manufacturing completed construction on its company headquarters, training and manufacturing facility in Pearland’s Lower Kirby District Owned by IMC Group, a Berkshire Hathaway company, Tool-Flo Manufacturing is one of the world’s largest companies for metalworking products and metal removal technology.  The company manufactures precision carbide, metal-working tools and products for the oil/gas, automotive and medical industries. The 80,000-square-foot facility is home to 150 employees, including management, engineering, sales, operations and administrative personnel.

PT Solutions completed construction on its new headquarters and warehouse facility in the Lower Kirby District.  One of the top 100 suppliers of industrial tools in the United States, PT Solutions is owned by IMC Group, a Warren Buffett, Berkshire Hathaway company. The 46,000-square-foot facility is adjacent to Tool-Flo Manufacturing’s new operations on the same 15-acre site. It is home to 43 employees and also serves as the company’s new distribution center.

MultAlloy, a division of Texas Pipe and Supply, opened its 225,000 square-foot warehouse and operations facility on S. Main. Founded in 1974, MultAlloy (formerly FloWorks) is a leading specialty supplier of pipe, valves, fittings and related products.  Core global markets include the energy industry, oil & gas-upstream, midstream and downstream, and it also serves the chemical, power, marine, mining, pulp and paper, food and beverage and many more industrial market segments. The facility consolidated the company’s existing Houston operations and group management from several companies into one regional facility and is home to approximately 80 employees.

Adient Medical, a medical device manufacturer that develops implantable medical devices that dissolve for the prevention of pulmonary embolism, expanded its offices with a relocation to a 1,900 square-foot office and research space in Reflection Bay at Shadow Creek. The company was founded in Pearland in 2012.

Dover Energy opened a 150,000 square-foot manufacturing and operations facility in Pearland’s Lower Kirby District. Dover Energy is the energy division of diversified global manufacturer Dover Corporation, a Fortune 500 company with 200 locations and 34,000 employees worldwide.   A manufacturer of specialized products and valves, the company provides highly engineered solutions for the safe and efficient extraction and handling of critical fluids worldwide in the drilling, production and downstream markets. The facility, which consolidated multiple Texas locations into one regional facility is home to over 250 employees. 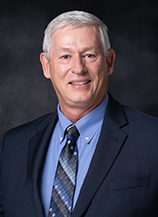