The Houston region is a flourishing locale for the life sciences, primarily due to the influence of the Texas Medical Center (TMC), which is the world’s largest medical complex.

Specializing in cardiovascular research and treatment (Debakey Institute) as well as oncology (M.D. Anderson), the Texas Medical Center (TMC) has garnered global recognition for its research contributions. Complementing this research base is a complex assortment of regional hospitals and treatment facilities capable of treating any condition. It is the combination of both research and treatment that make the TMC unique.

Pearland is located just minutes from the TMC and its 54 medical institutions, placing Pearland in a strategic position to attract research, treatment and health care support facilities. Pearland’s 77584 zip code is home to more TMC workers than any other zip code in the Houston region.

Benefits for life sciences and health care companies in the Pearland region include:

Access to Talent:  Currently over 13% of Pearland residents work in the health care sector.  With a median age of 34.7 and over 50 percent of the adult population holding a four-year degree or higher, Pearland employers have access to a young, diverse workforce.  And this growth shows no signs of slowing down.  Over the next five years, the fastest growing occupation group in Pearland is expected to be healthcare support occupations with a 3.5% year-over-year rate of growth.

Location:  Pearland’s location at the intersection of State Highway 288 and Beltway 8 has made the community a strategic choice for health care providers looking to serve our rapidly growing market.

In 2018, Lonza Houston, Inc. completed construction on a 300,000 square-foot manufacturing facility – the largest dedicated cell-and-gene-therapy manufacturing facility in the world.  The facility includes office space, process development, quality control laboratories and a fully segregated fill/finish suite.  The facility is home to 310 employees and plans to employ 400 by early 2020.  The project broke ground in April 2016 as a 100,000 square-foot biotech facility on an 11-acre site in the Lower Kirby District.  In September 2016, Lonza announced an expansion to facility currently under construction for development of viral gene and virally-modified cell therapeutics for customers worldwide.

In 2017, Adient Medical, a medical device manufacturer that develops implantable medical devices that dissolve for the prevention of pulmonary embolism, expanded its offices with a relocation to a 1,900 square-foot office and research space in Reflection Bay at Shadow Creek.  The company was founded in Pearland in 2012.

In 2014, Base Pair Biotechnologies, a developer of research and medical diagnostics made of DNA for research institutions, universities and pharmaceutical companies, relocated its offices to Pearland.  In October 2017, the company expanded with a relocation to a 5,000 square-foot office and laboratory space on Broadway, allowing for an additional eight employees.

In 2013, Kelsey Seybold relocated its administrative headquarters to Pearland. The 170,000 square-foot, four-story office building is located on an 18 acre site in Shadow Creek Ranch on the northeast corner of Kirby Drive and Shadow Creek Parkway, just west of State Highway 288.  The administrative offices are home to 1,000 employees who support Kelsey-Seybold’s 370 physicians providing primary care and specialty care at 20 clinic locations throughout the region. 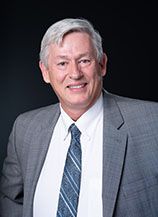