PEARLAND, Texas — Leadership from the Pearland Economic Development Corporation is pleased to announce the election of officers to its 2021 Board of Directors.  At its December 10th board meeting, the Board elected Reid Wendell as Chair, Mona Chavarria as Vice Chair, and Chad Thumann as Secretary. The elected officers will assume their duties at the January 21st board meeting.

Reid Wendell joined the PEDC board in 2015. He is currently a Vice President of Commercial Banking for Frost Bank. He is a committee member of the Houston Livestock Show and Rodeo and serves as a RISE mentor for Pearland ISD.

Mona Chavarria joined the PEDC board in 2014. She is the President/Owner of A&A Cleaning Services in Pearland. A member of the Pearland Rotary Club, she also serves as its treasurer. Other board service includes the Pearland ISD Education Foundation, the Silverlake Lions Club and the City of Houston Mayor’s Literacy Task Force. She also served as past chair and treasurer/secretary of the Pearland Chamber of Commerce, as well as president, vice president and treasurer for the Adult Education Center.

Chad Thumann joined the PEDC board in 2018. He is currently the President of Sideline Investments, LLC. A member of the Pearland Lions Club, he previously served as its vice-president. He is also a board member for the Forgotten Angels Foundation and as a committee member for the Houston Livestock Show and Rodeo and the Pearland 100 Club. He previously served as a commissioner for Brazoria County Emergency Services District No. 4 and as a member of the Bond Oversight committee for Pearland ISD.

Established in 1995 by the voters of the City of the Pearland, PEDC is the lead economic development group for this thriving, business-friendly community. PEDC focuses on:

PEDC is a non-profit Type B Corporation under the Texas Development Corporation Act and is primarily funded by a half-cent sales tax in the City of Pearland. The seven-member Board of Directors is appointed by and serves at the pleasure of the Pearland City Council for two-year terms. 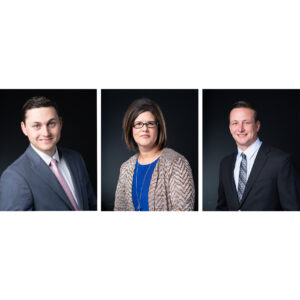